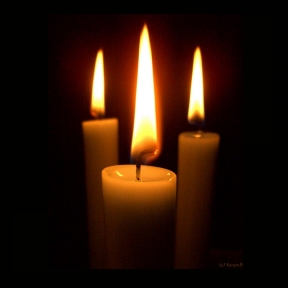 Eleven years ago today, I was sitting in my living room after getting my then 12 year old grandson out the door and on his way to sixth grade. I turned on the news to find the anchors speculating on some crazy, horrible mistake made by air traffic controllers in NYC. An image of one of the twin towers in flames filled the screen, and as I watched in horror, a second plane flew into view.

It took a moment to recognize that it was headed directly for the second tower, and as it struck I cried out, as I’m sure many other people watching at that moment did as well. It quickly became obvious that this was no accident by sleeping air traffic controllers. My country, our country, was under attack.

In those first confused hours there was no knowing how many airplanes were compromised, or how many attacks were planned and in the process of being carried out. I sent Traf out with a short list of absolute necessities: batteries, bottled water, candles, matches, and Pop Tarts.

Then I phoned, waking my mother and sister, to tell them we were under attack and to immediately go get emergency supplies. I told them to prepare for the worst, while hoping for the best, and that I loved them. It was only just past eight in the morning here, and two hours earlier in California so it took a moment for them to understand the unimaginable, we were under attack.

That night, after our grandson was safely (we hoped) back at home, once the planes were downed and the horror of watching people leap to their death rather than face the fire and collapse of the buildings, and after that, the shock of the towers falling to dust and rubble, had finally numbed our senses, I dug out two dozen candles, tapers from our dining room collection. My grandson and I walked up and down the street, knocking on doors, handing out candles, and asking our neighbors to join us on the corner at 7pm.

And they did. Our little knot of candlelight on that desolate evening was mirrored over and over again throughout our country. People who’d never met before stood shoulder to shoulder to honor our dead, our dying, and our brave rescuers toiling to save as many as possible. We were a proud people, that night. We’d been knocked down, but we were getting back up, and we helped our neighbors to stand with us.

We didn’t know what was coming next, or whether we were under immediate threat of further attack, but our candles burned fiercely in the gathering gloom of fear. People honked their horns as they drove past us, shouting into the winds of change that we were ready. We stood united, one country with one people.

E Pluribus Unum. From many, came one. It was perhaps America’s darkest day, but it was also the day we put aside all differences in recognition of our greatest shared attribute.

We are Americans, and we stand together.

One thought on “E Pluribus Unum – Out of Many, One”

northierthanthou
Perched on the Edge of Effectiveness