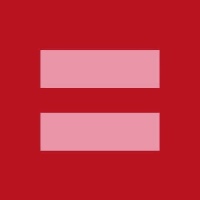 One year ago social media was suddenly covered with red equality signs. The simple symbol spread quickly, including supportive pictures posted in impressive numbers, and people from all walks of life began to discuss marriage equality, tell their stories, and more importantly, listen. Here is just one of them.

My brothers and sisters, I am 74 years old and on this momentous day in the history of our community I speak on behalf of my generation.

My brothers and sisters, we have won our country.

We have won this war.